Transform Your Annual Reports with These Visual Communication Strategies

Whether you’re presenting your yearly milestones to stakeholders or sharing your accomplishments with your boss and colleagues, the quality of your annual report can say a lot about you as a professional. And dry, text-heavy annual reports are no longer enough. People have come to expect impressive graphics, illustrations, and data visualization throughout.

Why include this visual content in your annual report? It not only improves retention and comprehension — it’s also a great way for your readers to gain a swift understanding of the biggest takeaways. It will also keep them more engaged as they read through what could otherwise be a somewhat boring document. An annual report is your chance to shine, so give them a reason to pay attention.

Not sure how to improve your next annual report? Here are 3 elements that you should make sure to include in order to design your best annual report yet.

Data Visualizations in Your Annual Report 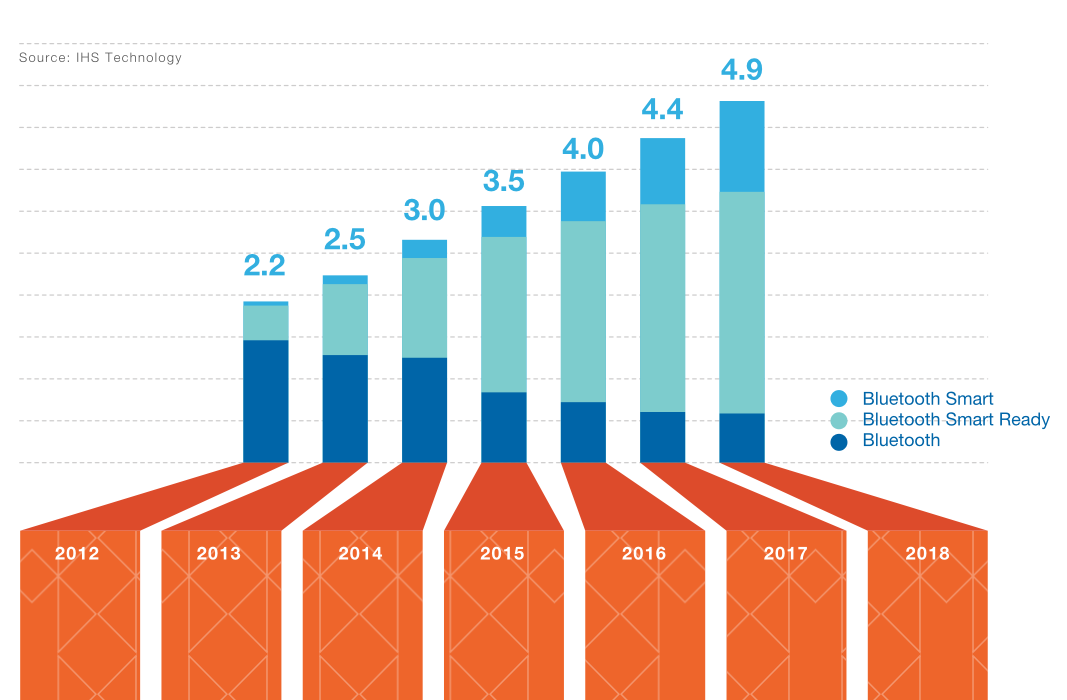 Image of a bar chart from an interactive annual report for Bluetooth.

Annual reports are a great tool for sharing some of the most useful or surprising things you’ve learned about your business from the last year. You might want to share revenue growth numbers, or stats on how many more Twitter followers the company has compared to a year ago.

You know what numbers are most important, but these numbers can get lost in the static if you’re presenting them in the form of text only. Instead, visualize these numbers with well-designed, eye-catching graphs. This way, you’ll make the most important data stand out — and what’s more, because it’s visual, they’ll be more likely to pay attention to it and remember it. Compared to text alone, text combined with images improves comprehension by up to 89%. That’s a huge boost for your most impressive data.

Annual reports are supposed to tell a story: a year in the life of your company. But sometimes the story needs a little help. Illustrations and photography can go a long way toward humanizing the team behind the numbers.

Illustrations are a great addition in several contexts. First, they can round out data visualizations. If, for instance, you’re presenting data about an increase in production, accompany that graph with an illustration of your production line. In this case, an illustration might be a better choice than a photograph, since factories can be very visually busy and even overwhelming in terms of the number of things that could be going on simultaneously in any one photograph. An illustration of a single production line might be a cleaner, more visually pleasing choice.

Similarly, if you produce a product that isn’t easily photographed, such as a piece of software, illustrations that metaphorically represent the effects of that software might be a great fit.

On the other hand, if you’ve got a great team photo, or a visually pleasing photo of the new product you premiered this year, by all means — include it! People want to see the faces behind your success, and your team deserves that recognition.

Who says an annual report has to be in a printed booklet? Many people are already sharing them exclusively in PDF form, which gives you the opportunity to embed a video or include hyperlinks. If your marketing team released a great motion graphic this year that got a lot of traction, add it to your report! Some companies even choose to present highlights from their annual report in a video format; you can include that video in a longer, written form of the annual report.

But annual reports don’t have to be in PDF format. A microsite solely dedicated to presenting your annual findings might be a great choice. For example, take a look at the microsite that the 9/11 Memorial & Museum publishes every year to share its accomplishments. The advantage of such a site is that you can include interactive elements, video, audio recordings, and more. It’s probably the most engaging type of annual report you can design.

Erin McCoy is director of content marketing and public relations at Killer Visual Strategies. She earned her BA in Spanish with minors in French and Russian, and holds 2 master’s degrees from the University of Washington: an MFA in creative writing and an MA in Hispanic literature. She has won nearly 2 dozen awards in photojournalism, and has dedicated those skills to boosting Killer’s brand recognition and thought leadership in visual communication. Since Erin took on her marketing/PR role, Killer has been named a member of the Inc. 5000 for 4 years in a row; has been featured in such publications as Inc., Forbes, Mashable, and the Huffington Post; and has been invited to present at such conferences as SXSW and SMX Advanced.